The Mother of Martin Luther King, Jr. Was Also A Devout Activist Whose Life Was Cut Short By Gun Violence From 1954 until his death in 1968, Martin Luther King, Jr. was the most prominent leader in the Civil Rights Movement in America, and rightly so. He was a rousing orator and a powerful proponent of social change through nonviolence, an approach that Gandhi had successfully used with the British Government in India. In 1964, King was awarded the Nobel Peace Prize for his work as a community organizer, and posthumously, he was given the Presidential Medal of Freedom and the Congressional Gold Medal. In 1986, President Ronald Reagan made Martin Luther King Day a national holiday.

Despite all that he accomplished in his lifetime, King was only 39 years old when he died, and his mother and father presided over his funeral and did their best to continue his work. All of the accolades that King is remembered for have their origins in his upbringing. King’s parents, Martin, Sr. and Alberta were devout Christians, leaders of the Ebenezer Baptist Church in Atlanta, and pillars in their community. Education and public service were extremely important to the Kings, and they led by example. Alberta Williams King received her teaching degree at Hampton University (then known as Hampton Normal and Industrial Institute) and was working at a local school in Atlanta prior to her nuptials. 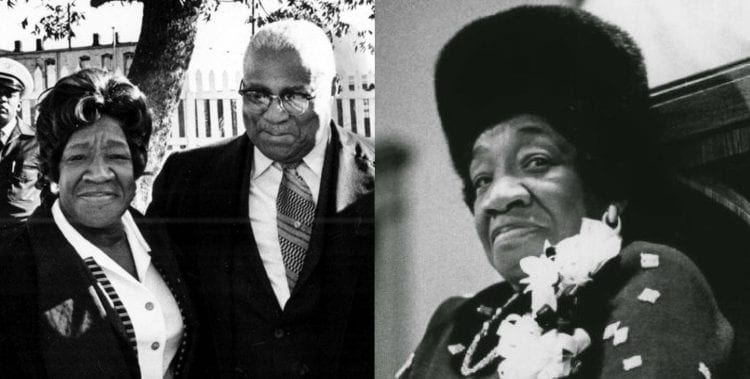 As was customary in the 1920s, Alberta resigned from her teaching position to dedicate herself to her family after her wedding. She gave birth to three children, Willie Christine, Martin and Alfred. In a paper he wrote as a student at Crozer Seminary, Martin Luther King, Jr. describes his mother as a caring, dedicated parent and a consummate housekeeper. “My mother, Alberta Williams King was behind the scenes setting forth those motherly cares, the lack of which leaves a missing link in life.”

In addition to being a scholar and a purposeful parent, Alberta was an accomplished musician who served as the choir director and organist at Ebenezer Baptist Church. As her son was known for his rousing speeches such as “I Have a Dream” which have become part of the national oratory canon, Alberta was known for her spirited renditions of gospel standards such as “I’m Gonna Do My Best” and “Where Shall I Be.” Headline from The Guardian Archives, 1974

In 1974, six years after the assassination of her son Martin, and five years after her son Alfred died in a swimming accident, Alberta was behind the organ during service at Ebenezer when an armed man entered the church shooting. Like her beloved son Martin Luther King, Jr., Alberta King was taken by a bullet while doing the work which she loved in service of her community and the greater good. Her shooter was convicted of capital murder and sentenced to death, but because of the King family’s aversion to the death penalty and commitment to nonviolence, his sentence was commuted to life in prison.