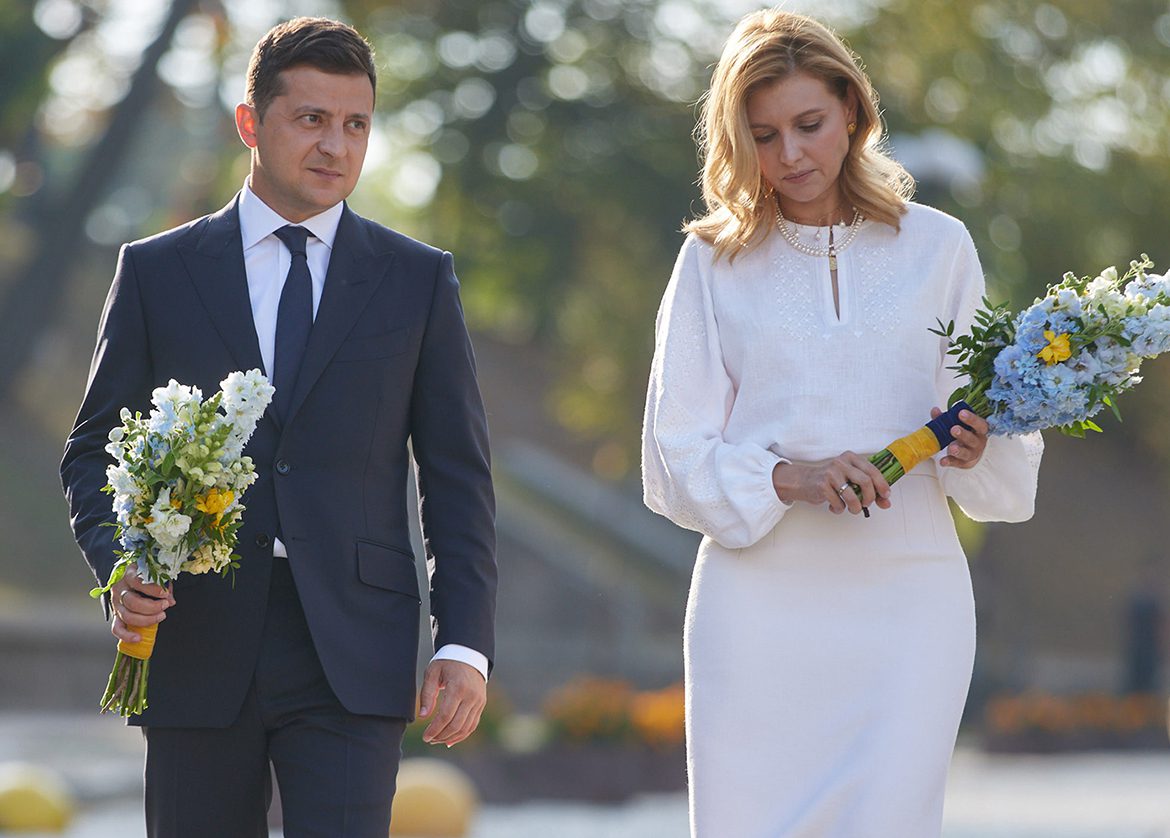 Wife, mother, former screenwriter, and a graduate of Kryvyi Rih National University in civil engineering, the 44-year-old First Lady of Ukraine, Olena Zelenska, ranks 30 among the most influential Ukrainians by Focus magazine. When her husband assumed office as the 6th President of Ukraine in 2019, Olena announced her first initiative was to reform the country’s school nutrition system and developed a complex program with Chef Levgen Klopotenko of CultFood to improve the provision of resources to children. Then, on February 24, 2022, she was forced to change her priorities from healthy living to sheer survival when Russia invaded her country.

Now, standing steadfastly next to the man who is leading his nation through one of the most difficult times in history, Ukraine’s courageous first lady encourages her fellow countrymen—and, indeed, the world—proclaiming, “I will not have panic and tears. I will be calm and confident. My children are looking at me. I will be next to them. And next to my husband. And with you.” Her husband is the youngest president and she, the youngest first lady, to ever lead their country. The couple are a team and know one another well. They grew up in the same city, Kryvyi Rih, and studied in the same schools, and though they hadn’t met at first, once they did Zelenskyy was faced with the challenge of winning her over from her boyfriend at the time. He did, and the pair dated for eight years before they finally married in 2013. Two years later, their daughter, Oleksandra (“Sasha”) was born and their son, Kyrylo (“Cyril”), followed in 2013. As her husband gained fame as an actor and comedy performer, Zelenska opted to stay behind the scenes. When her husband felt his future lay in politics, his wife felt otherwise. In fact, she learned of his decision on social media, she told Vogue Ukraine. “Why didn’t you tell me?” she confronted him.

“Frankly speaking, I aggressively opposed the start of this project,” she told Ukraine’s news station, ICTV, referring to Zelenskyy’s announcement of his presidential campaign. “Because this is a very difficult move; it’s not even a project, it’s another direction in life.”

Only time will tell the outcome for this amazing couple as they remain hidden underground, together, with their children in Kyiv. We can only hope and pray that they will live to see a new day—and that their war-torn homeland will be resurrected from the rubble.