Glamour, Chivalry & A Spice of Danger

The Allure of the Steeplechase

Off Interstate 20, just east of Augusta, Georgia, lies a town of 30,000 whose most famous native son is a champion stallion named Palace Malice, where municipal traffic yields to four-legged creatures with hooves, and residential subdivisions are not uncommonly equipped with equestrian amenities. If steeplechasing, fox hunting, polo playing, horse racing, and thoroughbred training are in your blood, then surely you know the small town that looms large in horse culture: Aiken, South Carolina.

The formerly sleepy town—with its rolling pastures and mild climate—had its mythical origins as a postbellum winter colony for wealthy American families such as the Whitneys and the Vanderbilts. In 1892, Thomas Hitchcock, an Oxford-educated newspaper scion from New York, and his wife, Louise, built the town’s first steeplechase facility on their 3,000-acre estate. Hitchcock went on to have a storied career in jump racing and is now remembered as “The Dean of American Steeplechasing.” Synchronously, Aiken’s exalted polo, golf, and hunting grounds became a magnet for high society’s crème de la crème, including President Franklin D. Roosevelt, beauty entrepreneur Elizabeth Arden, British Prime Minister Winston Churchill, and publishing mogul Joseph Pulitzer.

The Aiken Steeplechase Association was founded in 1930 and currently hosts two competitions each year, the Imperial Cup in March and the Holiday Cup in October. More than 30,000 spectators dress in their nattiest leisurewear to tailgate railside or gather in party tents to watch majestic thoroughbreds from all over the Eastern Seaboard perform feats of athleticism, coordination, and endurance as they pound the greens and sail over fences at breakneck speeds. The races are governed by the National Steeplechase Association, which oversees 36 annual events during a season that runs from March to November with a break in June. 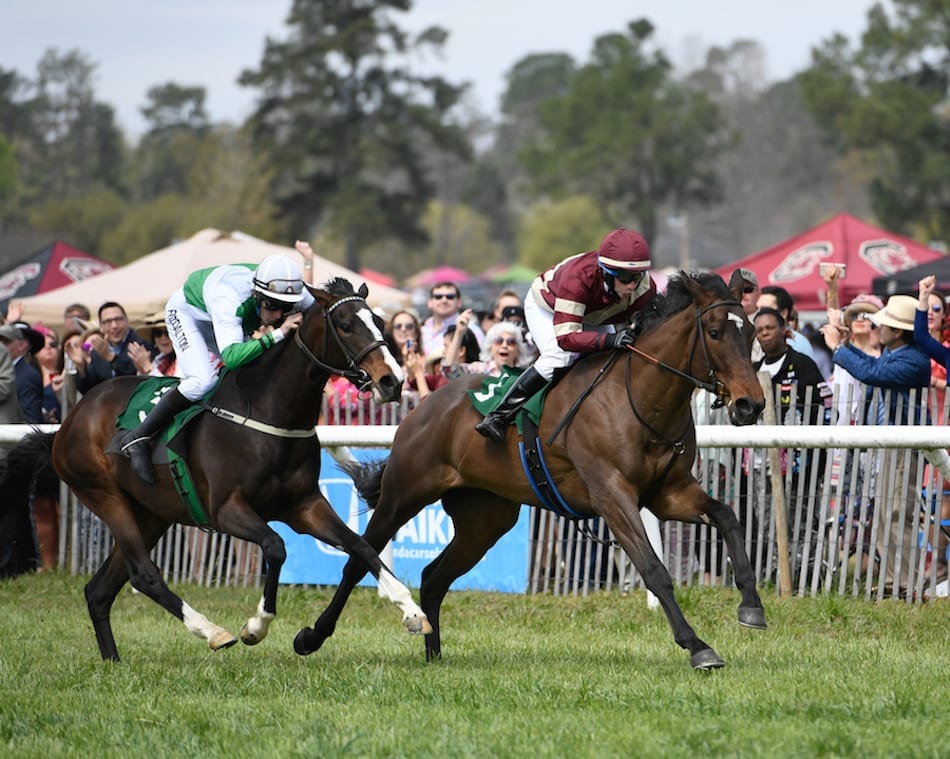 While thoroughbred racing on flat tracks is regarded as the “sport of kings,” steeplechasing is more like the “sport of queens” because it is as much about graceful living as it is about competition. As steeplechase historian John Hislop once wrote, “Steeplechasing has about it rather more glamour and excitement than the flat, a trace of chivalry, a spice of danger, and a refreshing vigor that the smooth urbanity of flat-racing lacks. The atmosphere is less restrained, more friendly, more intimate and more sympathetic. It gives the impression of being a sport and not primarily a business.”

Although participants in jump racing may be driven more by passion than commerce, steeplechase racing is a business and a growing one at that. Last year, the National Steeplechase Association oversaw 36 events in 12 states, featuring 500 horses, over a million spectators, and a record purse of more than $6 million. But nobody is thinking about all that when they show up on game day. They are enjoying time with family and friends as well as basking in a tradition with origins dating back to 1752 in County Cork, Ireland, and brought to the colonies almost two centuries ago.

For many participants, steeplechase culture and family traditions are one in the same. The undertaking of breeding, training, or owning thoroughbreds is no small endeavor and requires such commitment that it often becomes a family affair. In some cases, champion genes are passed in the bloodlines of the trainers themselves, most notably in the case of the late Hall of Fame trainer Tom Voss, whose daughter, Elizabeth, has become a champion trainer in her own right, and whose great uncle, Franklin, was an avid rider and equine artist who left behind an archive of hundreds of horse portraits.

But even folks who don’t know a point-to-point from a hunt meet have been taking notice of Aiken lately. It was named the Number One Small Town by Southern Living and boasts the largest urban forest in the country—Hitchcock Woods, a privately funded reserve that is open to the public and contains 70 miles of trails explorable by foot and hoof.

Much of the focus of Aiken’s newfound attention is on the storied hotel where Roosevelt, Arden, and Churchill once laid their heads: The Willcox. Since it was purchased by Shannon and Geoff Ellis in 2009, the Willcox— like Aiken itself—has undergone a resurgence in popularity and status but retains the charm of its distinguished past. Named the Number One Hotel in the South by Conde Nast Traveler, the Willcox is consistently awarded top-ten status as one of the world’s best hotels by Travel + Leisure.

The 22-room Willcox boasts a saltwater pool, a full-service spa, and horse and dog concierge assistance for those who prefer to include the four-legged members of their family on vacation. Additional amenities include storybook reading turndown service for the kids and a world-class restaurant and bar on the ground floor. Shannon and Geoff Ellis are adamant that their lush decor and exquisite service never come at the cost of their Southern hospitality. The Willcox may have a celebrated history of hosting dignitaries, but Geoff and Shannon like to think of their hotel’s restaurant and bar as “the living room of the community.” In other words, they are proponents of glamour and chivalry. No wonder the steeplechase folks feel so at home here. E The storied Wilcox alight at dusk. (Courtesy of Willcox Hotel.)

“Steeplechasing has about it
rather more glamour and excitement
than the flat, a trace of chivalry, a spice of
danger, and a refreshing vigor that the
smooth urbanity of flat-racing lacks.” 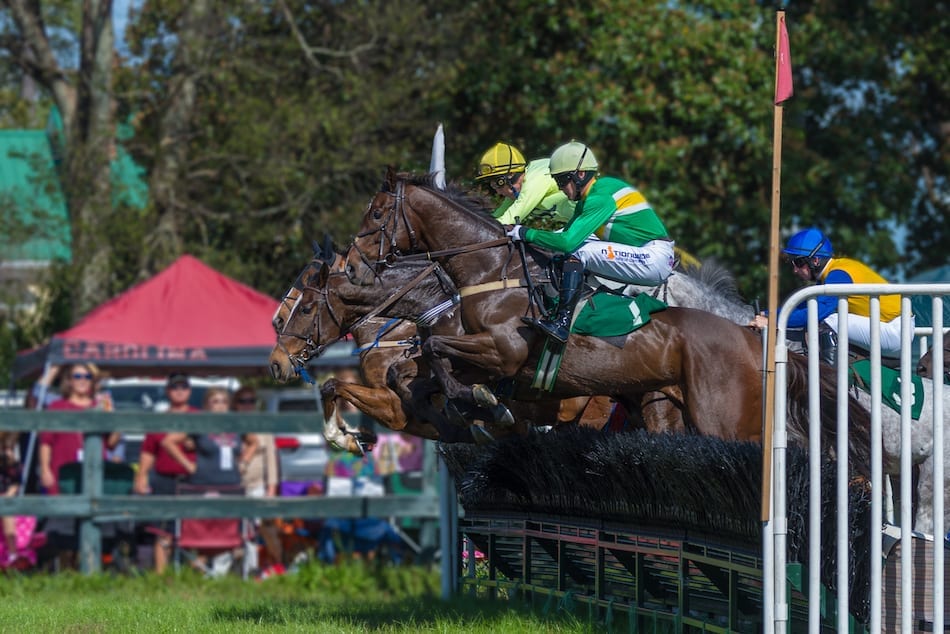 Pick Up a Spoon & Travel Off the Eaten Path